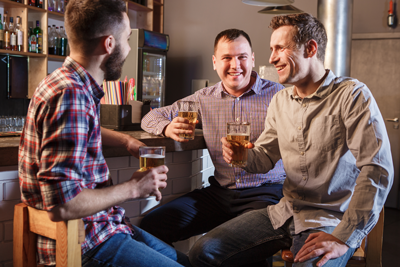 Wondering how to write a great press release about your business?

In my days as a daily newspaper editor, when reporters would have trouble trying to figure out how to write a story, I told them to pretend they were sitting on a bar stool telling the story to someone.

That advice on writing a news story works for business news releases, as well.

In my role as an editor, I received an endless stream of news releases. Some were well written but many were horrible. Most were written as though announcing the news was more important than what was being announced.

Cut to the Chase

I still see those today. You know them. They’re the “Mary Smith, President and CEO of XYZ Corp., today announced that …”

If you were sitting at that bar stool, is that what you’d say to the person next to you?

I hope not. And if you’re trying to talk to me, I’m not listening for long.

I’m not suggesting you write exactly like you’d talk at the bar. You still want to use good grammar, use words that your audience understands, and follow a usage style, such as that of the AP Stylebook. Take a look at the publications you plan to send your release to. What style do those publications use? Follow it.
That’s what I did in writing a news release about a high visibility retailer who opened a store in downtown Milwaukee a few years ago. Here’s the lead paragraph:

“A big name in diamonds will come to downtown Milwaukee this fall when Kessler’s Diamonds opens a store in the George Watts & Son building. The new store will open Oct. 1, occupying 2,200 square feet of space in the building at Mason and Jefferson streets in downtown’s East Town section.”

The story got widespread play in the media, and one reporter commented to me that he appreciates getting news releases from us because they are written the way he would write them.

In this day and age of low-staff newsrooms, it’s even more important to make things easier on reporters.
So don’t be afraid of writing your news release like a news story. That’s what it is, after all.

And believe me, the CEO won’t be offended that his or her fist name isn’t in the first paragraph “announcing” something.